Most educators profess, as one of their goals, a desire to change the world. This has been trumpeted as a goal of educators for hundreds or even thousands of years, and is virtually a defining goal of modern education. The very words “change the world” are used in the mission statements of schools at every level and of every cultural or political stripe, and particularly of schools of education. 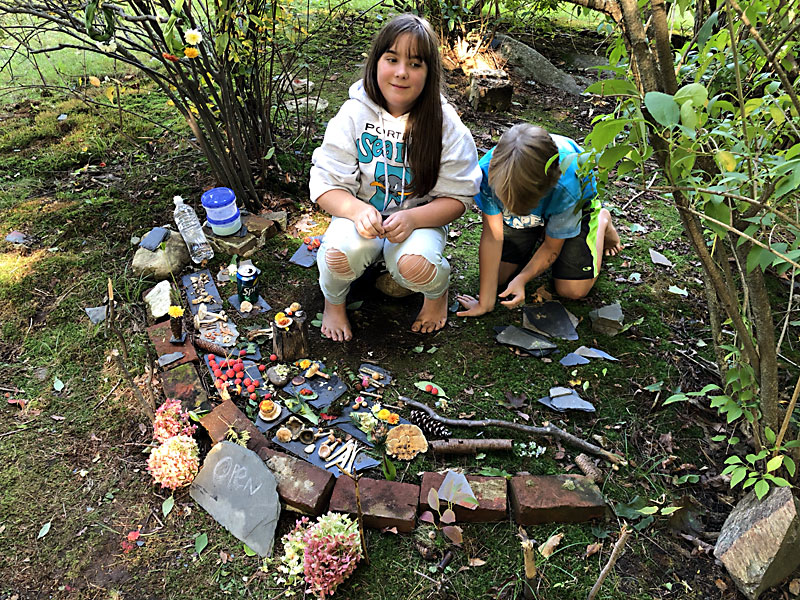 From the point of view of a child, there is a specific problem with adults or schools that aim to change the world: If the adults in the school get it into their heads that I may not naturally follow their prescription for the future, they will take direct action to coerce, cajole, seduce, or threaten me to be different. This is at the heart of the coercive model that pervades all education outside of Sudbury schooling. Because those other schools have a particular end result that they are aiming for with each child, those schools need to ensure that their curricula are followed. They do so with a clean conscience, because they are content that changing the world is more important than treating me humanely or respecting me as an independent person.

Every day, we rely on the natural genius of our students to navigate the world of ideas. They discuss, play with, think about, and consider ideas. They try, accept, and reject different ideas. They build and test models of the world, and ideas about how to live their own lives. Far from minimizing differences between people,  pluralism allows our students to develop into all sorts of different people, and to develop deep respect for one another and those differences.

Pluralism is a sort of humility. It is a state in which each of the members of a culture agrees to entertain the possibility that s/he may be wrong about anything, however certain s/he is about being right, in order to be granted the same respect by others in the community. A pluralistic government tries not to decide any topic that it doesn't have to decide; and tolerates dissent on all matters -- even on those matters which have been clearly decided -- so long as the rules enacted by the government are followed.

At its heart, any effort to change the world is political because it presumes a particular way in which the world should be changed. A community which is devoted to the free market of ideas will work to resolve problems before it, but will not presume to actively form or change the next generation. This is precisely why our students leave able to navigate a rapidly changing world, and able to respond and change the world around them as needed.

The Last Days of Our 50th Year

by Hanna Greenberg
The last days of the fiftieth birthday year of Sudbury Valley were days of fun, of laughter, and also of tears. The fun part was greeting the 35 students returning from a five day camping trip to Nickerson State Park on Cape Cod. Despite having to… Read more ›
Monday, May 6, 2019

by Anika Prather
Anika Prather The Living Water School, Fort Washington, Maryland This has been the year for me personally, as a mom and as a school founder, to fully mentally and emotionally grasp that kids do not need our help to learn. It took these almost 4… Read more ›
Monday, October 8, 2018

by Lauren Ligotti
People always say the J.C. is the heart of the school. They’re right. It’s the way our school handles misdeeds or wrong doings on a daily basis. It’s one of the reasons it’s so enjoyable to go to school here and to work here. There isn’t one… Read more ›