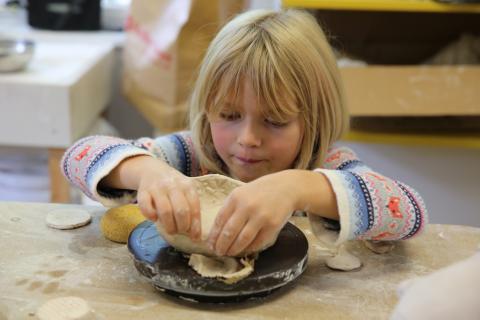 There is not a lot of talk these days about happiness. It’s considered more of an accidental condition than a fundamentally required, or expected, one. Company human resource officials don’t start their interviews with prospective employees by saying, “Are you the kind of person who values happiness in your life?” Educators don’t declare their primary goal to be the happiness of the students in their schools. The focus is on different goals. Happiness may be there, or may not. After all, life isn’t a bed of roses, and everyone has to learn to deal with all sorts of unpleasant situations that arise.

Wait a minute. When the Founding Fathers of this country identified “the pursuit of happiness” as one of the three absolutely essential, non-negotiable, basic rights of every person, they absolutely did not do so in a socio-economic environment in which everyone was free of worries, tragedies, and setbacks, and had all their needs met without struggle. So what were they thinking? What did they think “happiness” was actually about for human beings? What do we today think happiness is about?

No one, not even a very young child, expects life to be a stretch of uninterrupted fun. That obviously is not the sense of the word “happiness” in the Declaration of Independence. But leading the good life is something all human beings, by virtue of their existence as self-aware living beings, seek always. And what a good life means is something very personal, totally unique to each individual – something that can and often does change throughout a person’s life, but which is theirs and theirs alone.

What the Founders were saying is simple, profound, and truly revolutionary in human history: that every person is entitled to provide their own definition of the good life, and that no external power has the right to deprive them of that entitlement. That is what they saw as the central message of the new social order they were creating: the sanctity of the individual above all else, and the absolute denial of the right of any other power or authority to violate that sanctity. On the contrary: they saw as the only function of any external authority the duty to preserve that sanctity:

That to secure these rights, Governments are instituted among Men, deriving their just powers from the consent of the governed, — That whenever any Form of Government becomes destructive of these ends, it is the Right of the People to alter or to abolish it, and to institute new Government, laying its foundation on such principles and organizing its powers in such form, as to them shall seem most likely to effect their Safety and Happiness.

Actually, understanding the meaning of “happiness” gives us a deeper insight into why the Founders chose those three concepts as unalienable. The key is the declaration that these particular rights were “endowed by the Creator” – in other words, inherent in the very nature of the human species. That is why the rights spelled out in the first nine amendments to the Constitution were not mentioned here, or in the body of the Constitution. The ones listed in the Bill of Rights were, to use the language of the Declaration, “endowed by the body politic”, and, like all other amendments to the document spelling out the structure of the federal government, were subject to addition, modification, removal, etc., by vote of the citizenry. The unalienable rights of life, liberty and the pursuit of happiness were not subject to human modification in the eyes of the Founders.

To understand the thinking of the Founders one has to realize that they were highly educated, philosophically oriented people, who were quite familiar with the works of thinkers well regarded in their day, as well as with the Bible, which was regarded as a seminal source of Western culture. Thus they knew from the book of Genesis that believers of all stripes in their culture – all brought up in one of the monotheistic sets of beliefs based on the Bible – considered human beings to be created in the image of God; and they knew from current philosophical works that self-awareness was a defining feature of humanity. From this knowledge they concluded that human life, which was transmitted to Adam (and Eve) through the breath of God, was sacrosanct; and that the search for meaning in life, the result of every self-aware creature’s questioning “why am I here?”, could only be realized by people who have the freedom to conduct that search. No one expressed the link between liberty and the pursuit of happiness more clearly, or more succinctly, than Boston’s Elisha Cook did in 1720:

The happiness or infelicity of a People, intirely depending upon the enjoyment or deprivation of Libertie; Its therefore highly prudent for them to inform themselves of their just Rights, that from a due sence of their inestimable Value, they may be encouraged to assert them against the Attempts of any in time to come. [spelling and punctuation unchanged from the original]

So why has happiness faded from the prominent position it has held in American culture from its inception?

Actually, if you think about it, “life” and “liberty” haven’t fared much better. Thus, it is all but impossible to conduct a searching dialogue about “life” – what it means to be a living human being (when can a person be declared “dead”; when can the beginning of human life be declared to have occurred; when can one take another person’s life without violating the sanctity of human life; and other similar vexing questions). Even rarer are deep discussions about the nature of “liberty” (when can a person’s right to liberty be said to infringe on another person’s right to liberty; on what basis can such questions be decided; and other similar vexing questions).

As for happiness, that does not seem to be considered relevant in the America of the 21st century. The resulting effect on the sense of self of Americans is all too evident, and all too painful to observe. People who do not believe it is their right, or even their place, to follow their passion, discover their destiny, and pursue it eagerly, lose their optimism, question their desire to be fully alive. The alarming rise in the use of psychoactive drugs, the increase in suicides (especially of young people), the spread of malaise, the evident lack of desire to work hard at tasks that have no relation to their own aspirations – the list of societal symptoms of the diseases that flow from denying to people the full right to discover and pursue their own sense of meaning in life grows steadily.

I have examined the causes of this unfortunate development in my book, America At Risk: How Schools Undermine Our Country’s Core Values, available on this website. It is an important subject that should capture the attention of every thinking citizen. Hopefully, many others will turn their minds to ways of restoring all of our unalienable rights to their rightful place at the core of the American experience. The role of schools in such a process of restoration, and specifically the role of Sudbury Valley in providing a model for beginning that process, should be at the center of any such initiative.

by Hanna Greenberg
Strewing is one of the latest techniques used by educators and parents to lure children to learn things that the adults want them to learn at a time of the adult’s choosing. It has become especially popular among “unschooling” homeschoolers.… Read more ›
Monday, December 19, 2016

by Mimsy Sadofsky
An Open Mic is a scary thing to organize. After all, the success of the endeavor depends not on who says they want to sing, or play a song, or dance, or do an act, beforehand, but who actually steps up and does it at the time it is happening. In a… Read more ›
Tuesday, May 30, 2017

by Hanna Greenberg
“It’s fun to have fun, but you have to know how,” said The Cat In the Hat. It seems to me that Dr. Seuss, who obviously understood children, nevertheless, like most adults, was blind to the ability of kids to extract pleasure out of any place or… Read more ›