Inside the Enchanted Forest

Inside the Enchanted Forest

I was speaking with a prospective family at an Open House a few months ago
and telling them about the democratic process at Sudbury Valley and how
students are respected, empowered, and internally motivated. The dad
interjected, "Well, I think it’s more important to teach kindness." Just then I
was called away to take care of something, so I couldn’t respond to him. But
his statement stuck with me because I was somewhat surprised by it. Teach
kindness? I’ve never even thought of that. I doubt anyone else at SVS has
either. Kindness is a natural by-product of everything that happens at SVS. It
so pervades the culture at school that no one talks about it. I had forgotten
about my conversation with that family until a recent dance at school.

I was lucky enough to be asked to chaperone the "Enchanted Forest Formal,"
which took place in the barn on a Saturday night. The whole thing was
organized and run by students. They sold tickets in advance, decorated the
barn beautifully, ordered and served pizza and cookies, and cleaned up
afterward. That meant that I had time to just sit and watch. 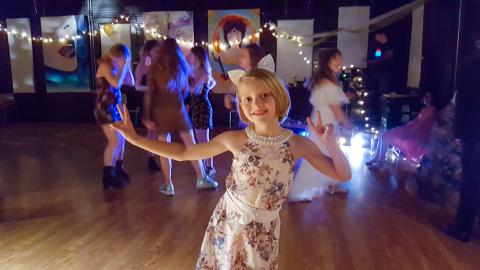 My own memories of middle and high school dances included students
awkwardly standing around the edges of the dance floor watching the "cool"
kids dance, some pointing and gossiping about others, a few stirring up trouble
while trying to evade the gaze of the chaperones, who frequently had to
reprimand students and watch the doors for roamers.

The dance at SVS was such a contrast to those distant memories. Students,
even the more reserved ones, danced their hearts out with no signs of being
self-conscious. Their movements were fluid and confident and unique. They
were all having fun because no one was judging them. The six and seven-year-
olds, who enjoyed weaving in and out of the older dancers and sometimes
sliding across the dance floor, were not only tolerated but encouraged to join
in the group dances. 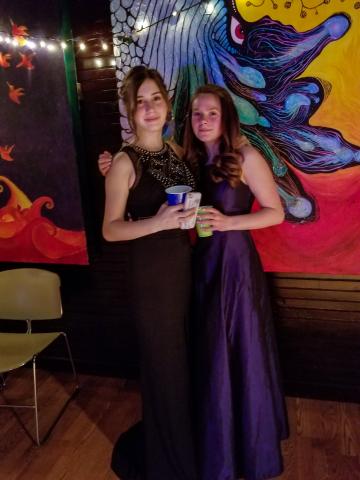 Students were incredibly supportive of each other. Everyone complimented
each other’s outfits, cheered each other on the dance floor, and made sure
everyone enjoyed themselves. One young student, whose friends didn’t attend,
was taken care of by a few older students so that she wouldn’t feel lonely. As
one older student, who had been having a hard time at school, was leaving,
two teenagers left their dates on the dance floor to rush to the door and hug
him goodbye adding, "We love you, man." 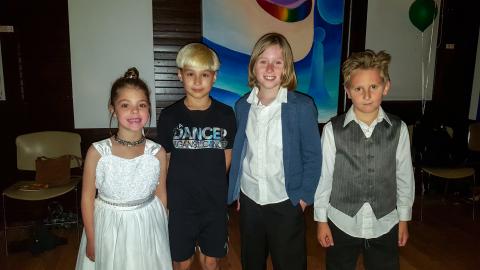 Students were considerate of the adults, as well. Several times throughout the
evening the student deejay, sensitive to the fact that teenagers can often
withstand loud music more than younger or older ears, came over to the staff
to ask if the music volume was ok. Two students who left the dance early
made sure to tell a chaperone they were leaving without being asked to. And
promptly at 10pm, the dance organizers shut the music off, turned the lights
on, and began cleaning up without being told by any of the adults.

For me, everything about the dance was beautiful, mostly because I got to
witness how the students treated each other. The word that kept popping into
my head was "kindness" and I thought of that dad at the open house. I hope he will read this.

by Mimsy Sadofsky
I want to talk about something called “the zone of proximal development”, an idea developed by Russian psychologist Lev Vygotsky early in the 20th century. He felt that people learn best when either they are learning from somebody who knows a… Read more ›
Monday, August 1, 2016

by Silvia Beier
The following two scenes were unfolding recently on the different ends of one of the low red tables in the playroom, around lunchtime. On the one end, close to me, Josie sat down with her tablet and a snack, joined in quick succession by Nell on one… Read more ›
Tuesday, January 19, 2016

by Mimsy Sadofsky
During the last Open House, in October of 2015, there was a remarkable interaction. It didn't surprise me, but it greatly pleased me. Unfortunately, I don't think the guests who were with me had enough context for what they saw to appreciate it.… Read more ›