Sometimes when I’m explaining SVS to people who aren’t familiar with it, they’ll ask me how kids will be prepared for the real world if they can do whatever they want all day. It’s not easy to explain in words -- or at least not without a lot of them. I just wish that people who wonder about our kids and “the real world,” could see the game that I saw a group of girls playing not too long ago.

For several days, a group of 7-10 year old girls were playing a make believe game that got  more elaborate with each passing hour. I spent a little time with them one afternoon and they explained to me many parts of their game. I was sitting next to the bank (a 2-D “building” made of sticks on the ground) where each kid had a bank account. Their “money” included pieces of slate, pine cones, acorns and other such things. Each type of money was a different denomination and the bank would make change. The bank also issued credit cards and driver’s licenses. 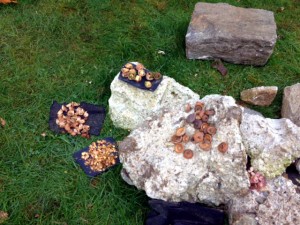 While I was sitting there, I watched several girls practice for, and then take, driving tests on either a Ripstik or a scooter. The “police officer” administered the tests and then accompanied the person who had just passed the test to the bank to vouch for them in getting their license. One girl wanted to get her license on a Ripstik, but wasn’t that good at it. Another girl had her license on a Ripstik and asked the “police officer” if she could teach the first girl and the “police officer” agreed to the buddy system. Even though they didn’t use the terminology, the first girl basically got a learner’s permit.

Attached to the bank was a day-care center where all of the girls left their baby dolls while they were out doing other things. I overheard a discussion about whether or not the building had a roof and, therefore, whether or not the babies were getting severe sun burns sitting out in the sun.

In addition to this, there was a post office where, for a dollar (aka, a clover flower), the girl in charge of running the post office would deliver your letter (written on slate with a different piece of slate) to your friend across the field. There was an art shop that sold original pieces of art drawn on slate and several other businesses as well.

What better way to prepare for life is there than by living it? 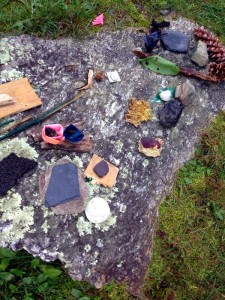 by Hanna Greenberg
It isn’t often that young children talk about their struggles with ethical or psychological issues, but there is no doubt that as they grow and live in a community they grapple with such issues. Since they usually don’t have abstract conversations… Read more ›
Monday, December 5, 2016

by Michael Greenberg
Reprinted from the Liberty Valley School (LVS) Journal For some time now I have been thinking about a bunch of questions that turn out to be related to each other. Here are some of the questions, in no particular order: Why is it so rare these days… Read more ›
Monday, July 10, 2017

by Hanna Greenberg
Strewing is one of the latest techniques used by educators and parents to lure children to learn things that the adults want them to learn at a time of the adult’s choosing. It has become especially popular among “unschooling” homeschoolers.… Read more ›