This year we had a three-week summer session at Sudbury Valley, open to those who were regular students during the school year. It is hard to explain how lovely it was. I don’t think there were more than 15 or 16 kids for any of the three weeks, and few of them -- I can only think of three right now -- were there for the entire time. So how could it be school?

Well, how could it not be? They all know each other. There was a different atmosphere each week – different sorts of friendships were formed – but the basic SVS atmosphere, the ability to be and let be, was always there. While the dominant feeling of our regular school year is intensity, it seemed to me, as an observer but not a participant in summer session, that the dominant feeling this summer was spontaneity. Yes, they were all intense. Always. Wherever they were, whatever they were doing. But the particular configuration of students, including those who were there to help, gave everything a different flavor.

As a leitmotif of the three weeks, though one that caused no problem, the school was half unusable. Three porches and three entrances were off limits since they were being worked on, as were any adjacent rooms. A large portion of the outside area was roped off. There were tons of construction vehicles. But not one person crossed any yellow tape -- or complained about any part of it. You couldn’t rip-stik everywhere? No sweat. You could do it plenty of places.

There were Zombie games in the building. Too loud. They took them into the cellar! There was a game called Mafia. Mafia is also for the cellar. What, you may ask is Mafia? I asked, too.

“Too complicated for me to understand?”

I got the message. In Judicial Committee meetings, we often have to understand a complicated game. The explanations can be entertaining, but they’re often time-consuming, and take a lot of patience and insight. Just asking a question in passing won’t garner an explanation. You have to really care.

Several times throughout the day, the sewing room would be a mass of Minecraft players. A few minutes later the computers and shoes and lunches would still be strewn around, but the game players and the other kids would be out playing “Nuke ‘em” (All I know about this particular game is that it involves a volleyball net and Jean enjoyed playing it.) Or Frisbee. Or climbing trees. Or there would be rain. Rain trumped everything -- even Minecraft.

Hannah and Tinuviel, who both graduated in May, were the summer staff, under Mikel’s hands-off supervision, and they were like angels. I can’t describe them any other way. They were everywhere and always sweet. All of the kids, I think, felt very good about them. At some point in Week One they decided to try out an old ice cream freezer that was sitting in the attic. Their first ice cream was chocolate chip. Yum! But it was more of a practice ice cream. The flavors the next time were peach maple and mint chocolate chip. The grand finale, Week Three, was Oreo cookie ice cream. Best ice cream ever. I remember making ice cream at school years ago as a lot of work. This group, including the staff, didn’t feel that way. “Who cranked,” I asked the first time. “Everybody!”

They initiated chalk art on the driveway. That kept changing over the three weeks. One day, almost everyone brought something in to tie-dye. The results were lovely. Not just beautiful objects. Beautiful activity.

Ava had a birthday during one of the weeks. Her mom, Robyn, asked if she could come with cupcakes. She brought three different kinds, which really amazed me and gave me a(nother) glimpse into why her children are so careful, so sensitive, so caring. There were chocolate cupcakes with chocolate frosting, vanilla with vanilla frosting, and gluten-free chocolate with vanilla frosting. It blew me away. To cater to all the desires, needs and preferences of the little group so sweetly and naturally was extraordinary. Oh, and they were homemade and plentiful!

To me that one little moment was all about what Sudbury Valley is and the way in which it is just a spot softer in the summer! These kids are so joyous and so easy. My last impression was Harriet jumping into a tree for a last climb. She looked utterly free. 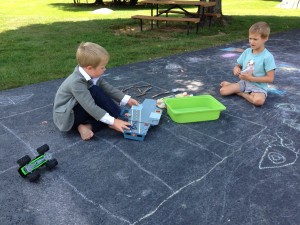 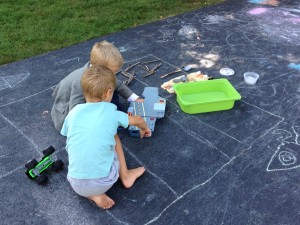 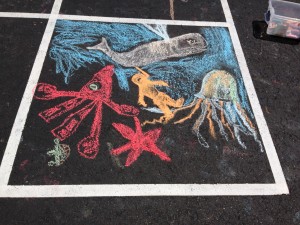 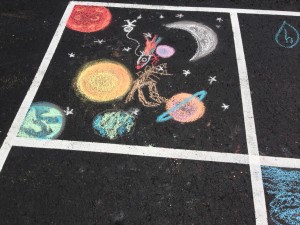 Art and nature, back and forth

by Hanna Greenberg
Mar is a photographer who can paint and draw. The other day I was shown several photos Mar had taken. One of them was of the stump of a big old tree. Mar had arranged a tiny bouquet of dainty flowers in its center. The contrast between the… Read more ›
Monday, December 3, 2018

by Hanna Greenberg
It is odd but true that the things we most value in our lives are things which are hard to quantify but easy to feel. We all want our epitaphs to say that we were good and decent folk, not that we were rich and thin and got all A's in school. So… Read more ›
Monday, March 13, 2017

by Lauren Ligotti
It’s funny how things happen at SVS. Conversation is always a huge part of how students and staff members spend their time. People of all ages are talking about interests, hobbies, and ideas. It flows without interruption. During one of these… Read more ›