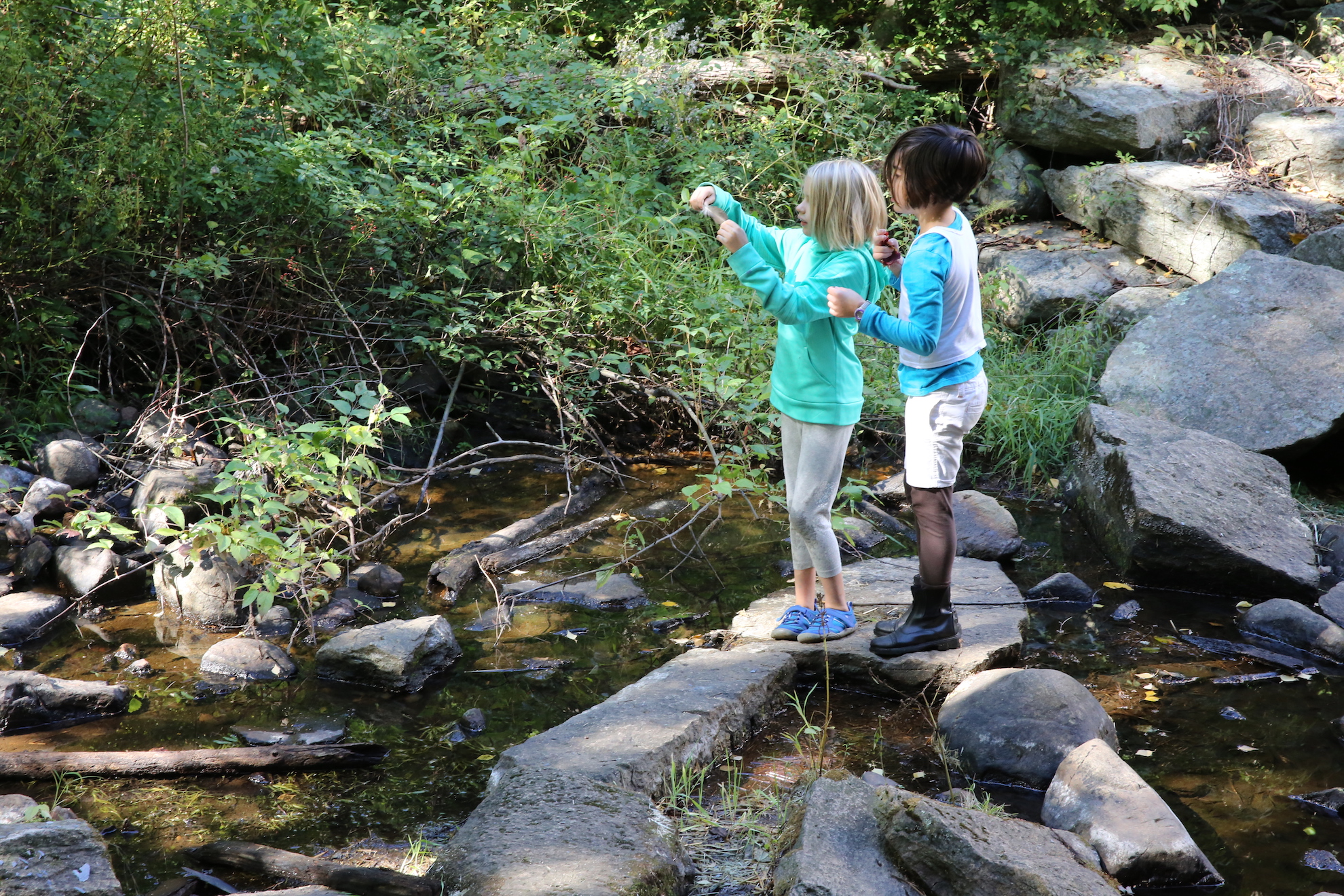 I have puzzled for a long time about a phenomenon that I encounter daily at Sudbury Valley but did not have a way to put into words. I didn’t know it was “ownership.” And I never realized how profoundly important ownership actually is! We talk about “empowerment” sometimes here, and how just a simple interaction with the Judicial Committee shows kids their empowerment, but we don’t talk much about ownership.

I often say, “I am the dumbest kid at the school.” Well, everyone knows I am not a kid, and most people know I am not particularly slow-witted (or particularly smart), whatever those words mean. I didn’t understand why I felt that it was nevertheless true, year after year, until this summer when, as often happens in life to those of us who have children, my children accidentally opened my eyes to it. I was with all three of them (and their families) for a lovely long weekend in Ashland, Oregon, in a gorgeous and enormous house. It was quite relaxing. And all of my particular children would occasionally engage in conversations that blew me away. (Not the conversations about things I know nothing of, or have the same or different viewpoints about -- those don’t blow me away.)

These were conversations about things they had read and experienced when they were children and teenagers, and sometimes things they have read or seen since. These were often the kind of analytical literary discussions that would warm the cockles of any English teacher’s heart. But they had never had English teachers. Sometimes they were talking to the next generation about them -- sometimes they were conversing with other adults or each other. And I realized something: they own everything they have ever read. They read what they wanted, for no other reason than they wanted it.

They own Sherlock Holmes. They own Dostoyevsky. They own Shakespeare. This last became clear as the conversations about the plays at the Ashland Shakespeare Festival flourished. They didn’t have to be seeing Macbeth this year. They had only to have read it once in the past to understand the flow of it, and the complexity of each character. They were never, during all their years at Sudbury Valley -- I guess they were here about 35 years total among the three of them -- in a position to read books other people assigned. They were never told to look for themes, character development -- nothing. They just read when they wanted and what they chose. Oh, and yes, they did all the other stuff kids always do too -- even mostly!

And of course, as I realized that difference between me and them -- and it is almost a gulf -- I also realized that it applies to everything all the time. Of course. It is the ownership issue. Every child who has a Sudbury education gains the confidence that they own what they learn. Completely and forever.

by Mimsy Sadofsky
On the radio a couple of weeks ago, I heard a man talking about educational reform, and what they consider progress made with young children’s education in Illinois in recent years.  He talked about a goal, which he called “agency."  The… Read more ›
Tuesday, June 27, 2017

How DO They Learn?

by Mimsy Sadofsky
It is the first question parents ask once they try to wrap their minds around the fact that students at Sudbury Valley are, in fact, free to use their time in the ways that appeal to them. And even after we have gone through the whole bit; after one… Read more ›
Monday, December 7, 2015

by Mimsy Sadofsky
It wasn’t even an eventful day. Yet things happened that stood out, as always. First there was a relatively innocuous moment that started the day. It seems that the people who run the daily concession had found an innovative way to store some of the… Read more ›