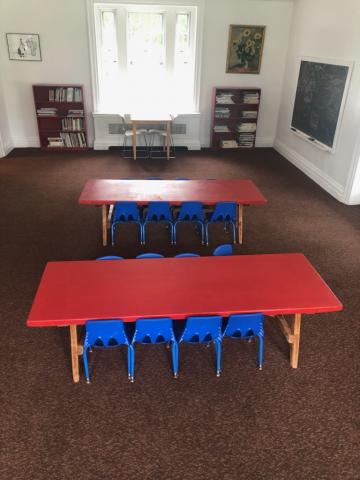 When Governor Baker announced on April 29th that schools would remain closed in the state of Massachusetts through the end of the school year, he also emphasized the importance of continuing and expanding “remote learning” for the duration of the school year. I found myself wondering two things: What exactly does “remote learning” mean? And what would it look like in the context of the Sudbury Valley School?

Remote learning seems to imply that under normal circumstances, learning can only occur in a special place called a school. However, under emergency circumstances, like the current pandemic, it is possible for practitioners of learning to reach out beyond the confines of the school, and cause learning to occur at remote locations. It seems a little like Luke Skywalker in the “The Last Jedi”, while sitting on an island off the coast of Ireland, he projects an image of himself into a battle half way across the galaxy and tricks the bad guys long enough for the good guys to escape.

As teachers well know, attempting to conduct their classes remotely requires an extra strength and can be exhausting. We know from “The Last Jedi”, that Luke’s remote performance costs him his life. But this should come as no surprise to those familiar with the Sudbury Valley School view of traditional education. Traditional schools adopt a set of curricula that has been ordained as critical to becoming an adult. Teachers then attempt to teach that curriculum, with various level of creativity, in such a way that all students learn the same material at more or less the same pace and more or less in the same order. This results in a situation where most kids are not learning topics that interest them now and they are either overwhelmed by the pace or bored out of their minds by the pace. The only redeeming aspect of school life are the scattered opportunities for socializing with their peers during the day. Take the socialization away and replace it with hours of zoom on-line sessions with the teacher and it’s easy to imagine how any excitement about attending school plummets when communities switch to remote learning. 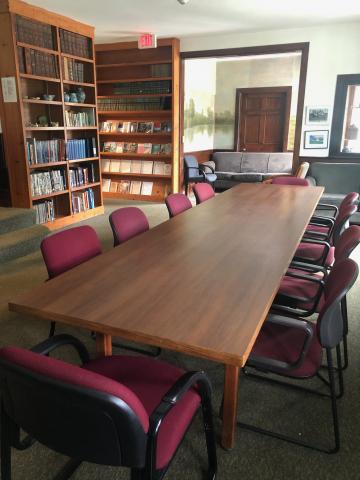 So, what would “remote learning” look like in the SVS context? There are a few community institutions that could probably be executed electronically. Both the School Meeting and the Judiciary Committee could theoretically be conducted without being on campus in Framingham. I even imagined virtual meeting rooms named after familiar hang outs at school. There would be a virtual sewing room, art room and 4 square court. Kids would move from one to another as their desires moved them. But alas, it would not be the same in so many ways. Zoom meeting rooms are limited in their virtual reality capabilities. But far more important in my mind is something I call the “Curley Paradox”.

Most, if not all, of the things that SVS is able to do for students emanate directly or indirectly from the premise that each student is a fully empowered citizen within the SVS community. These are most concretely represented in the School Meeting and the JC. But more abstractly, it translates to students understanding that no one can force them to do anything they do not want to do. And the more positive corollary, that students themselves are responsible to choosing how to spend their time and what they want to learn.

The problem with SVS and “Remote Learning” is that the remote locations do not contain the same all-important assumptions of fully empowered citizenship. No matter how enlightened SVS parents and families are, during the pandemic stay at home guidance, children find themselves in the same hierarchical social order that they were born into. At home, parents wield a formal level of authority over children that dwarfs even the authority that Danny can muster at School Meeting. In the end, even with his Periclean oratory, Danny casts only a single vote. At home, parents always hold veto power.

In 1947, James Curley was elected Mayor of Boston, but during several months of that year, Mr. Curley was serving time in a Federal Prison in Connecticut. The essence of the Curley Paradox is:

It is hard to engage in the governance of your community while you are in jail.

In the relative prison of home, SVS students are not in the environment that stimulates their individual growth and development. Just like it was difficult for Mayor Curley to run the City of Boston from his prison cell in Connecticut, it would not provide the same growth opportunities for SVS students to use Zoom to attend a school meeting, from the confinement of the kitchen table of their homes. Growing as a free, fully empowered member of your community, is hard to do when you are not allowed to physically be in that community.

This is not to say that SVS students are performing poorly during this pandemic. SVS teaches kids to be responsible for their own time and activities. They are used to living in a fluid social environment, where things change, and they must adapt. Because they are not told what do on a minute by minute basis at school SVS students are very good at deciding what do to with their time. When they find themselves with time on their hands, they do not become confused and turn to parents for “entertainment”.

Since the school closures here in Massachusetts, our daughter has made it a point to stay active and pursue several interests. She is doing yoga, jogging, reading a book series, taking an increased interest in food and nutrition, and is taking an on-line wellness course. She and a couple SVS friends have had a couple of “social distancing” sleepovers where they each set up their own tents in someone’s yard, they cook marshmallows and generally hang out and enjoy their strong bonds of friendship, while maintaining at least some social distance. When I asked her recently if she was bored by being at home all the time, she replied that she was not bored and that in fact she felt she had a very busy schedule of activities each day, and sometimes found it hard to fit all the things she wanted to do into the day.

Remote learning is probably not practical at SVS. But given the skills that students learn at SVS, it’s unclear if anything like remote learning is even needed. Of course, as an SVS parent, I am eager for school to open again, so that my daughter can resume her journey there. But in the meantime, here in the prison of her parents’ home, she appears to be safe health wise and wise in knowing how to manage her time.

by Wendy Lement
When I was voted in as a new staff member last spring, I knew I’d be doing a lot of cooking. Since the school’s inception cooking has been a vital part of SVS’s culture. The seeds for my own career as a chef were sown in that same kitchen. I baked… Read more ›
Monday, December 2, 2013

by Mimsy Sadofsky
I often ask myself why I am so enamored of the December ritual of making gingerbread houses (and trees) at Sudbury Valley. It is a big deal! Everyone has to put a lot of work into it. Not everyone in the school, but a much wider cross-section than… Read more ›
Tuesday, September 27, 2016

by Hanna Greenberg
Musicals and plays happen at all schools. It is always a big deal to produce them, what with numerous rehearsals to arrange, costumes and props to procure, and finding the talent in the student body to perform all the roles, big and small. What was… Read more ›