Reverence for all Life

Reverence for all Life

Originally appeared in the June Journal of 1992, Volume 21 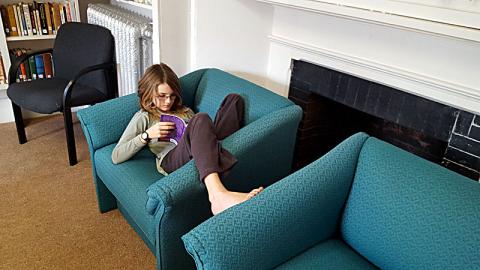 After so many years of explaining the philosophy of SVS I occasionally get tired. Tired of the same old questions which show me over and over again how difficult it is for people to change their perception of the world even when this world has changed from what it was when they were young and formulated these perceptions. It is getting harder for me to be polite and understanding when, for example, parents of a five year old ask me how the child will get into college. It is difficult for me not to show my anguish, difficult not to ask them: "What about the child's life right now? Don't you want them to be happy and inquisitive and full of joie de vivre? Don't you have any respect for them and for their innocent trust and optimism that life is full of wonders and excitement? Why do you think that learning the three R's before they understand the need to learn them is worth robbing them of their freedom to be themselves as they truly are? And if you believe that your children are intelligent and capable of achieving intellectual excellence, how come you don't trust in their capability of being wise enough to realize their potential without being forced to acquire knowledge by your timetable and not their own?" I ask myself these questions silently, not daring to show my pain that parents who obviously love their children seem not to see what to me is so fundamental. After all, they are who they are, and it is not up to me to tell them how to raise their children.

I am also weary of seeing children, who in my opinion are blossoming, leave the school because they or their parents feel that they are not learning enough, or that they need to be told when and what to learn. Sometimes I just can't bear the sorrow of seeing a wonderful young person being unappreciated for their wisdom and exquisite human qualities. I can't bear to see them being made to feel "stupid" because they don't study algebra or grammar. What do people want? Do people want it written on their epitaphs that they were "A" students, that they made a lot of money? Or do they want to be remembered for being good, kind and fulfilled?

But what really depresses me is when people who think of themselves as liberal, who are active in the fight against sexism, racism and violence, behave as if the "end justifies the means" and thus it is all right to use coercion on their children in order to teach them these lofty ideals. Isn't forcing your ideals on children a violation of their right to think for themselves? Doesn't teaching and preaching a good cause intrude on children's freedom to formulate their own world view? I think it is violent and wrong and negates the good lesson one wishes to teach.

So yes, I am often tired, but I am not quitting my job and going someplace nice and peaceful to retire. What keeps me riveted to Sudbury Valley and its philosophy are my interactions with the children there. They challenge me and teach me and help me grow out of the bonds that the pedagogy of my own childhood put me in. Almost every day something beautiful happens to me at school but the following story is somewhat special because it took place in a new school modeled after SVS in Oregon. I was invited to spend a week there and to share with them what we at SVS have learned about running a free and democratic school. 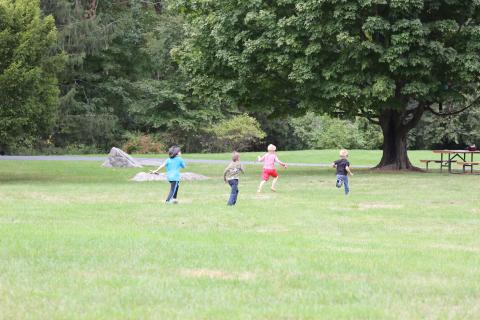 As a treat for me the staff arranged a day trip to the Columbia River Gorge, where many little rivers cascade in numerous waterfalls into the Columbia. The area is blessed with lots of rain as well as with warmth and therefore the plants are plentiful and lush. Giant trees are covered with mosses, and the forest floor is green with many plants, flowers and ferns.  As it was springtime in Oregon, many wild flowers were at the peak of their bloom. Notable among the flowers was the Trillium which is rare and protected.  People are told not to pick it so as not to endanger its survival. As we were hiking by several enchanting waterfalls the children were frolicking in the pools around them, picking up rocks, climbing and jumping. They were enjoying themselves with their whole beings. It looked to me as if they were inspired by the beauty of the natural surroundings but I wondered to myself that I might be putting my own notions on them. Then something happened which not only proved to me that the children were conscious of where we were but also taught me a lesson about teaching and preaching.

One of the boys whom I shall call Saul is about eight years old and is always playing outside with great intensity. He loves to talk about his life in the outback of Australia where he was born. Listening to him is as informative as looking at a PBS nature show but is more personal, of course, and therefore absolutely fascinating. It’s the kind of conversation that flows easily but which later you wished that you had taped so that you could recall it better. Well, little Saul was exhilarated the whole time we spent at the gorge. As we were walking he spotted a few Trillium in bloom and showed them to me. He was about to pick one when I, as a proper Nature-conserving adult, told him not to do it. He asked me why and I explained and he listened to me intently. However, later I saw that he didn't agree with me because he had made himself a small bouquet consisting of one Trillium, some ferns, and a purple lilac-like blossom. It was lovely. Saul cradled it in his hands for hours. I watched him playing with the flowers, rearranging them and examining them closely. It was as if he was making love to these flowers. And then I understood. Saul was learning to love and respect Nature precisely by having picked the flowers and getting to know them so intimately. Had he listened to my guidance he would have learned an abstract lesson in conservation but he would have missed an opportunity to fall in love with the beauty of Nature. Who can tell what is more beneficial to society in the long run -- people who obey us as children and grow up with sterile knowledge or Saul who loves flowers so much that he will grow up to want to keep them around?

I was humbled by this little lesson. I learned how ingrained it is in us to preach and interfere in children's lives without acknowledging that even when we are teaching them an "important" lesson, as I was trying to do when I told Saul not to pick the wild flowers, the cost may be higher that the benefit. I don't think that adults should stop saying what they think, I just believe that the children should have a choice to listen and make their own decisions.

When I came home from the Columbia River Gorge that day I was overjoyed with its beauty, but I treasured even more the lesson I learned from Saul's reverence for the flowers -- to include children in my reverence for life, for they are the epitome of life in its full bloom of innocence.

by Scott David Gray
There is a stigma against people who are perceived to be “doing nothing". The greatest fear that most adults have, vis-a-vis children enrolled in Sudbury Valley, is that those children will do nothing. These fears arise from the failure to see… Read more ›
Monday, May 8, 2017

by Wendy Lement
Part 1 - The Architects Where can insects, rabbits, and snakes go when they’re sick or injured? Two young SVS students not only pondered this problem, they took action. They had a history of creating entire worlds out of sticks, leaves, rocks,… Read more ›
Tuesday, September 3, 2013

by Hanna Greenberg
This week's post was written by Hanna Greenberg. Friday is my day off, but I had to see somebody at school, so I went there at about noon. I came upon a magnificent scene: two tables were set up for tie dying on a large patch of grass, and about a… Read more ›