Even I was surprised...

Even I was surprised...

The Dance Room is a large room with lots of wall space and windows. It looks and sounds rather cavernous. However, when the walls are used as an exhibition space for the art created at school, the room is transformed and becomes a delightful place.

Last June, Ian brought his canvases and hung them there. He let us keep them over the summer, where they could be seen at the start of the new school year. They inspired others to want to exhibit their work too. By October 2nd, a new show was ready, with twenty works done by twelve students ranging in age from nine to 18, and one by a staff member, Scott. (No, I am not revealing Scott’s age). 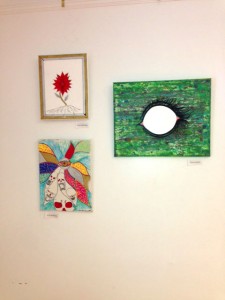 But the best part for me personally was the process of matting, framing and hanging the art. So many people quietly helped do the many things that needed to be done. I have come to expect that students here at SVS take on responsibilities for many aspects of running the school. Also, on any given day one often encounters older kids helping younger ones to do things. It's not at all unusual. But I did not expect Tinuviel, Kelly and Hannah to come to school on the Friday before the opening of the new show and clean and organize the art room, and make all the materials easily accessible. They worked tirelessly and quit only when the work was done, while I myself got tired and sat around watching them. 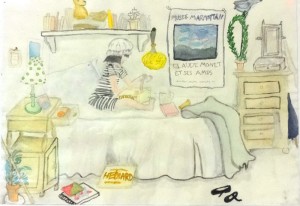 On Tuesday, October 1st, Fiona and Olivia helped with the matting and framing. The next day, the day of the opening, I asked Izzy to help with the hanging, and soon Olivia and Isabel came and the work began. We laid the pictures on the floor near the walls and shifted them around until we settled on where to place them. After a while Greg came and offered his help, and later Julia also joined us. They worked from 11:30 to 2:30 without a break, and painstakingly changed things until all were satisfied with the results. 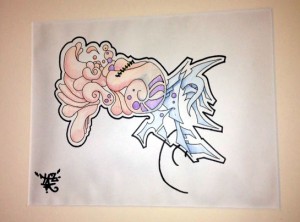 It only hit me later, when I was in my car, how surprised I was to see their tenacity, concentration, mutual cooperation and good cheer throughout the many hours that we worked together. I guess the reality of SVS turned out better than even I was able to imagine when we embarked on this endeavor in 1968. I never dreamed that young people would be as focused, competent and capable of working together as these kids are. These kinds of days are what make it all worthwhile! 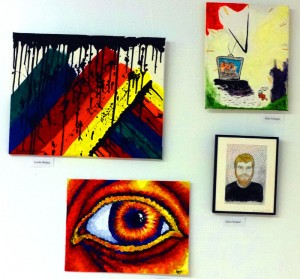 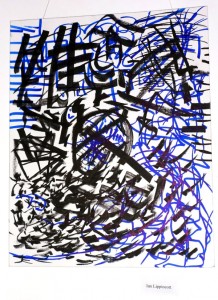 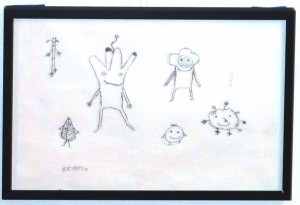 by Hanna Greenberg
This week's post was written by Hanna Greenberg. Friday is my day off, but I had to see somebody at school, so I went there at about noon. I came upon a magnificent scene: two tables were set up for tie dying on a large patch of grass, and about a… Read more ›
Monday, July 27, 2015

by Hanna Greenberg
A young girl of nine or ten asked me to teach her math. I gave her some problems which she enjoyed doing. Next day she came to me with many sheets of paper covered with similar problems which she made for herself and then solved. She is obviously… Read more ›
Monday, June 18, 2018

by Hanna Greenberg
Twenty years ago a Sudbury type school was established in the state of Maryland. Its group of founders, with help, bought twelve acres in a wooded area, built a large structure with their own labors (and with a little help from their friends), and… Read more ›