As I write, I am looking outside at the beautiful campus in the morning sun. Children of all ages are all over – running, playing, calling each other, romping. Inside, voices can be heard from the adjacent rooms – and sometimes floating up from the main lounge downstairs. The school is alive with activity, excitement, movement. And yet, it is at peace, a deep peace free of anger, aggression, resentment. I catch myself: am I dreaming? 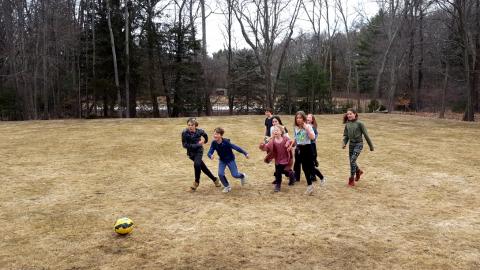 There was a time, over half a century ago, when a number of us were dreaming – dreaming of a better place for our children to grow up than any of the institutions called “schools” that we had encountered in our search. We dreamt of the place we wanted for them to spend their childhood. The dream was whole, complete, and made up of inseparable parts – an integral unity whose core has never changed. Over the years, we have refined the reality and deepened our understanding of it.

I am pondering it now – thinking about that core that came into being at the beginning. What was it then, and why has it stood the test of time?

This is my answer.

The origin of that core was simple – deceptively simple. I say “deceptively” because its apparent simplicity, based on careful, open-minded observation of the daily lives of children – our children, and those of our friends who were to become collaborators in founding the school – that very simplicity led to its rejection by “experts”, academicians who applied the theories developed in their ivory tower to explain away the obvious.

Let me inject a personal note here. I was a physicist and historian by training, myself both a product of academia and a participant in its workings. I learned to accept without question theoretical constructs that defied direct experience, and to mock pre-modern scientists – called “natural philosophers” in their day – for their blind acceptance of the evidence of their senses as the basis for understanding the real world. How silly were all those naive people, who believed that the earth was the center of the universe; that the sun and moon and stars, firmly implanted in the heavens, rotated around the earth in a daily cycle; that solid objects were actually solid; that God created the universe in seven days. How sophisticated we moderns are, we who now know the truth: that the earth spins around its axis at 24,000 mph and around the sun at 17,000 mph; that any material object is almost entirely made up of the empty space between atoms; and that the universe was actually created in the minutest fraction of a second in a giant explosion, a “big bang”. It was only after years of contemplating the methods underlying the construction of modern theories of reality – theories which come and go, and which have, after all, a very short lifetime and a tenuous hold on the scientific establishment – that I came to be able to look carefully at what I actually observed, unmediated by preconceptions, and actually see the events unfolding before me.

And so it was that the process of watching children as they passed from birth to infancy to toddlerdom to growing independence; as they displayed unmistakable human traits from their earliest encounters with the world outside the confines of their mothers’ wombs; as they struggled mightily to form connections to other human beings around them; as they passed, in short, through the first half dozen years of their lives – that process of watching gave birth to the core conception of the school.

In fact, I have just related the central postulate of that core. It can be encapsulated in a simple statement: children are no less people, no less full members of the human species, than are young adults, middle-aged persons, or senior citizens. Children are people, and deserve to be treated as such. That statement frees us from the outset from the bias that permeates the greater culture in the “developed world”, namely that children are just people in formation, not fully worthy of partnership with the finished product, a bias with uncomfortable similarity to the bias against other ethnic groups, or against women (in a male-dominated world), which held those individuals to be members of the species homo sapiens, but not quite fully equal in ability and judgment to the standard-bearers of the species, male adults of our ethnic group.

One of the first features we see in children is the rapid emergence of self-awareness. Watch an infant stare at you, or at some object; no, the word “stare”, which most onlookers would use, doesn’t convey the reality at all. How much more accurate would be “examine”, which the dictionary defines as “observe carefully or critically; inspect; study”. The look is steady, searching, one can almost feel the child’s mind at work, wondering, trying to make sense of things.

Even more fascinating is watching an infant learning about its body, and its capabilities. Look at it as it discovers a hand. What is that thing I see? It realizes quickly that the hand is somehow connected to it, and even as it examines the hand, it discovers, with visible astonishment and puzzlement, that it somehow can influence what the hand is doing. It doesn’t take much time for the child to actually figure out how to make its hand do its wishes.

From the beginning, at every stage of their development, children devote effort and time to figuring out how the world around them works. They create models of physical reality and constantly test them; they try out different modes of relating to other people of all ages; and they explore new avenues to experience the limitless reaches of their surroundings. They never give up, they are never bored, they never cease trying; no obstacles are considered insurmountable, no failures considered signals to abandon their quests.

All this energetic activity is fueled by that basic trait of self-awareness. All of it is directed at finding out as much as possible about themselves, about their world, about their passions; about what and who they enjoy, and what and who they prefer to avoid. The presence or absence of adults is only useful to them as a source of help or support for realizing their self-determined goals.

In fact, this salient feature of the human species – self-awareness, and all that follows from it – is clearly present in every person from birth. There is no point at which a transition occurs from a non-self-aware creature to one that is self-aware, no waystation that can be identified as a transition point between “being a child” (that is, being not quite a full-blown human) to “being an adult” (a worthy carrier of the label). 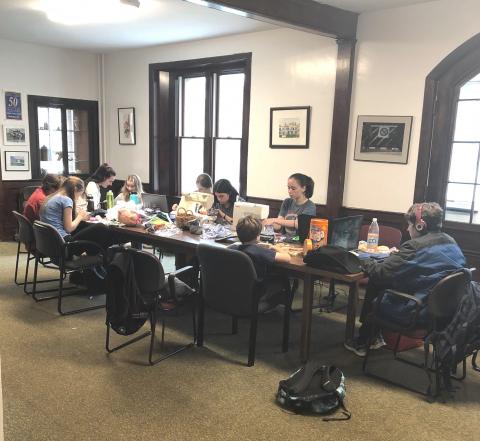 That is the core conception of the school: there is no reason, no justification, for treating children differently than adults. This provided the founders of Sudbury Valley with an ethical mandate guiding their action in our current socio-economic environments, where people under a certain arbitrarily chosen age (different in different circumstances) are not welcome to be full participants in the daily life of the community: the mandate to create a place where children are indeed fully equal, fully empowered members of the culture. That mandate never lost its force or its relevance, which is why the school has never deviated from its central mission.

The way the school’s culture changed and matured over five decades in many ways parallels the way this country’s culture has changed and matured. The school had an advantage over its surrounding culture: it could benefit from the experience of the great experiment called “America”. The school could build on the great advances made during the past 200 years – advances in the appreciation of what true equality means, and the many advantages accruing to a society that is based on mutual respect, unalienable rights, justice, due process, mobility - both social and physical, and democratic self-governance.

As a result, the school could reach a level of internal self-consistency that is reflected in all aspects of its daily life. The population feels at peace with itself, with the institution, and with each other, regardless of age. Conflicts, when they arise, are adjudicated fairly. Limitations on personal liberty are only instituted with the consent of the community, and then only with the aim of protecting everyone’s freedom of expression and action from encroachment.

Like America, which exhibits all the vibrancy, energy, intensity, and creativity that its Founding Fathers anticipated when they brought it into being, Sudbury Valley displays those same features in microcosm. It has proven beyond question that the same benefits that adults can reap from an environment devoted to protecting the rights to life, liberty and the pursuit of happiness, and ruled with the consent of the governed, can be reaped by the last remaining population in this country that has been denied those rights.

When the school’s founders articulated their dream over 50 years ago, and set about to turn it into a living model, we could not imagine how true the reality would be to the dream. Having now seen and experienced that reality, we can only be grateful that we have been privileged to play a role in making it all happen.