"What's So Important About Classroom Material?", A Conversation

"What's So Important About Classroom Material?", A Conversation 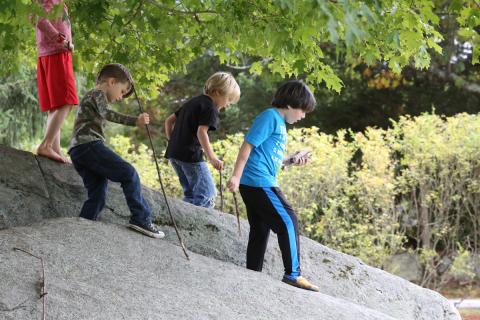 Dan: One thing I can't understand is how people have confidence in the material that's being taught in classrooms, whether it's elementary school, middle school, high school or college. They're taught from textbooks or from prepared notes. And everybody in any field knows that by the time a textbook is published, much of the material in it is obsolete.

Mimsy: There is actually more. Just to give you a hint: I was born in 1940. I went to school for quite a few years after WWII was over. Until I got to college, I never heard of the Second World War in school. It was never taught in any class that I had anything to do with in public school. Later, I realized that it was not just because the textbooks were obsolete, but that it lay in something deliberate. Maybe no one wanted us to talk about the UN for instance. I'm sure where I was brought up, nobody did want the UN discussed in schools. Maybe nobody wanted to talk about the Second World War at all. Maybe it was still too raw for little children or even medium-sized children to hear about. I don't know. As an elderly person it occurs to me that maybe that is why my father insisted that I read a news magazine cover to cover every week, since he thought that finding out a bit about the world was necessary. But, it is quite amazing. And I don't think that people are wise to what is going on in schools.

Dan: I don't think they're wise to it at all. The interesting thing is that it's true about textbooks even in what people consider to be really factually based things, like science. Science textbooks are full of misinformation. I could never believe it. I'm a physicist by training. I used to teach physics at the college level. And I could never believe the absolute nonsense there was even in the textbooks that I was using.

Dan: No, absolute nonsense. People who wrote them not really understanding what they were talking about, because physics, like any science, is very complicated. And most people who write textbooks are not people who are doing research on the cutting edge, and it shows in what they write. That's a simple fact.

by Scott David Gray
Most educators profess, as one of their goals, a desire to change the world. This has been trumpeted as a goal of educators for hundreds or even thousands of years, and is virtually a defining goal of modern education. The very words “change the… Read more ›
Monday, August 13, 2018

Sudbury Valley School - An Outside View

by Kezia Cantwell-Wright
As we walked down the driveway to the main building, slightly jet-lagged after the flight from the UK, I thought I knew what to expect. After all, we had spent a year immersing ourselves in Sudbury literature with the aim of opening a school in Kent… Read more ›
Monday, September 25, 2017

by Scott David Gray
When talking about the school, we all find others confused about what we believe, and about what we do. As with most confusion, much of the confusion can be reduced to language. People casually use certain terms loosely and interchangeably as a… Read more ›