Happiness - What Does It Have to Do With Sudbury Valley? A Conversation

Happiness - What Does It Have to Do With Sudbury Valley? A Conversation

“The two most important days in your life are the day you’re born, and the day you find out why.”  Mark Twain

Dan: It's one of the most misleading words in the English language. I'm sure that when people read the Declaration of Independence, which says that the three unalienable rights are “life, liberty and the pursuit of happiness”, they scratch their heads and wonder, because everybody knows what “life” is, and everybody thinks they know what “liberty” is – namely, to be free to do what you want to do, more or less. That's a general notion.
But “happiness”? I don't know what most people make of it in the Declaration of Independence. Most people, as you say, associate happiness with fun. But the dictionary talks about happiness as contentment, the state of contentment with what you're doing. We know what happiness meant in the 18th century when the Founding Fathers use it. It meant not just a state of contentment in general, but a state of contentment arising out of leading a meaningful life. That's a very individualized concept, and that's why it's in the Declaration of Independence; because the whole Declaration of Independence is about individual freedom and the right of individuals to lead their lives as they wish, and create meaningful lives for themselves. That is certainly something every human being longs for, from the time they're young. Every person, of every age, asks themselves: why am I here? What's my life about? Why was I put here? And the answer to that is always: to do something that will be meaningful. And that is precisely what guides every student’s life at Sudbury Valley, all day, every day.

Mimsy: But if it's only for you to have a meaningful life for yourself, it can be very narrow and seemingly selfish.

Dan: You can say the entire concept of individual liberty is narrow and selfish. These deep questions are something the Founding Fathers were very aware of and that's why the next sentence in the Declaration of Independence is: “to secure these rights, governments are instituted among men, deriving their just powers from the consent of the governed”. That was a brilliant addition, specifically to address what you're talking about. The point is that when you're living in a community of people with those “unalienable rights”; you want everyone to be zealous in protecting each other’s rights. Everybody was aware of the fact that my rights and your rights may clash. Everybody understood that. They came up with what has become the classic formula for dealing with such clashes, which is: we talk about them, and try to figure out a way to have our personal rights protected in a way that doesn't infringe on each other’s. We may have to give a little, and we may have to go along with things that perhaps encroach on our freedom a little, but we're always aware that what we're doing is protecting each other's right to lead their lives as we do.
Life itself is “narrow and selfish”. After all, what is a human being? A human being is a person. A human being isn't a community. I’m “me”, and just being “me” is inherently selfish.

Mimsy: What if a group of people conspires to limit another group's abilities to have life, liberty and the pursuit of happiness? 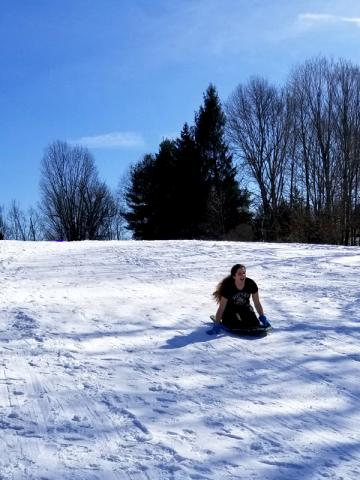 Dan: A mechanism was created, and that lies at the core of how the United States was set up. A method was created for solving it, which is through peaceful negotiation – basically, the democratic process. If it fails, then there's another mechanism: you go to war and see what happens. But the reality is that, on the scale of history, this country is the only large society where people from an enormous variety of cultures and ethnic backgrounds have managed to populate a geographically defined area of continental size without constantly resorting to wars to settle their disputes.
Think about Western culture, where a whole group of nations that considered themselves to be at the pinnacle of human culture failed to find a way to settle this question and managed, just in the 20th century, to slaughter over a hundred million of their own people through brutal conflicts. It is a culture in which the principle of individual rights plays no central role. That principle is an invention of American culture, and it's why America stands out as the only place where all these ethnic backgrounds mix and don't kill each other.

Mimsy: Do you think that parents, who almost certainly are seeking happiness on their own, have identified it as something they want for their children?

Dan: That's a critical question. There are actually two distinct types of parents: one, those who are dissatisfied with their own lives. There's a huge swath of the population that does not lead lives that they feel are meaningful and they're very disappointed by it. Whether those people wish for their children what they don't have is a very individual thing. Some parents wish their children will have more satisfactory lives than they do; others are jealous of their children. That's reality.
Then there's another group of parents who are leading meaningful lives, and I think every one of those, without exception, would like their children to have a meaningful life. That number is growing now because the ability to do what you want with your life in the 21st century has skyrocketed. That's one of the huge benefits of the new socioeconomic structure is that you can actually find ways of realizing yourself that were never available before.