Often we as adults don’t get why kids make a big deal about things that seem trivial to us. A good case in point is the matter of fashion. It probably has been a bone of contention between the young and the old since the beginning of history, but recently I encountered it with respect to a public school rule that students are not allowed to wear hats in school. 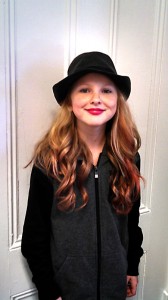 At the school’s Open House on October 18, 2014, I was talking to a lovely girl, age eleven, and her parents, and the first question she asked me was: “Do you have a dress code at your school?” The idea was so foreign to me that I was stumped for a minute and then said wryly: “Yes. You can’t come to school naked.” We all laughed and the girl said quite seriously that this made sense to her, but that in her school students were forbidden to wear hats. It made me think why this was so uppermost in her mind, instead of the usual queries about tests, homework, boring classes etc. And then it all fell into place for me like the last piece in a 3000 piece puzzle. 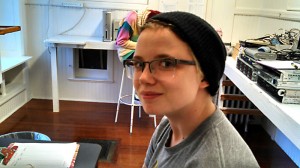 Here I was, sitting with a young person with a strong personality, who has decided that she needs to guard her very self from encroachment by others at all costs. Wearing her hat is important to her not because of the hat, but because she perceives that allowing others to dictate to her about her self image is a very threatening situation. Giving an inch here can result in losing her whole self. 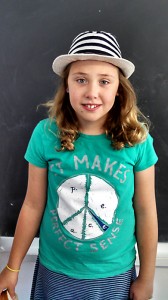 Being young, she senses this truth, but she is unable yet to articulate and explain why the hat issue is so important and why she is digging in her heels and refusing to comply with the adults who demand obedience to arbitrary rules. She, like so many young kids everywhere, understands full well why the schools make these arbitrary rules. It is a matter of control, and stems from a desire to break the students in order to fit them into a predetermined mold. 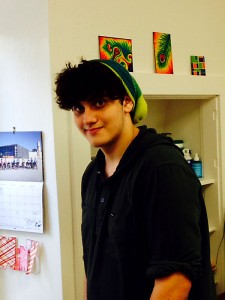 Lots of kids comply, but some don’t because they have figured out what this scheme is all about. They refuse to obey rules they consider unfair and end up being intensely unhappy in their schools.The lucky ones find Sudbury Valley, where they are respected and accepted for who they are, and thus are free to use their energy to become who they need to become.

by Silvia Beier
There was a Separation and Transition Workshop for parents at my son’s college orientation that I went to, and I don’t regret going, even though I thought I would. Convinced that the last thing my SVS educated son needed on his first day of college… Read more ›
Monday, February 1, 2016

by Foss Tighe
While I was reading Daniel Greenberg's essay (“Are 1000 Pictures Worth One Word?”) on why it has been so difficult to convey the SVS experience in film and pictures, I found myself thinking about the evolution of my own understanding about what… Read more ›
Monday, November 20, 2017

The Best Dance Ever

by Hanna Greenberg
For many years now a Halloween dance has taken place in the barn. Wearing a costume is optional but most people come wearing something funky, beautiful or amusing. The dances are totally organized by students, while staff serve as chaperones who are… Read more ›