On a beautiful fall day in October, Sudbury Valley was the scene of a long-awaited event: the arrival of a new baby grand piano. You see, for several years our trusty old baby grand had been bravely carrying on, kept alive by the loving ministrations of Tom Driscoll. Tom is an expert piano restorer, a scholar of the instrument, and an old friend of the school. The piano has been a challenge since it first arrived, and he only recently told us its history. It was built in the 1930s by a manufacturer determined to produce pianos at a reasonable price — and at a lower cost — than other comparable instruments built by famous manufacturers. It was expected to have a relatively short life expectancy, about 30 years or so, giving a generation’s worth of enjoyment at an affordable price. 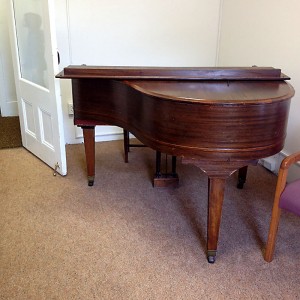 Which meant that our particular piano, going on 80 years old, had miraculously lasted almost three times as long as anticipated, partly thanks to Tom’s skills. But it was living on borrowed time. And Tom was on the lookout for a replacement that would be within our budget, and have the longevity and sound that we were looking for in a new piano. His search went on for years, without success. We waited patiently. Finally, a possible candidate appeared — a Yamaha that Tom had bought and completely reconditioned. The only problem: it was spoken for.  He had gotten it on behalf of a buyer, and it was now ready to be moved to its new home. Except that the buyer was indicating that he might want out of the deal. Opportunity knocked. But we had to move fast. We got the news on a Monday, and by the end of the day on Thursday, the Financial Management crew figured out the possible sources of funding, the Music Corporation met and approved its part of the deal, and the School Meeting gave the whole transaction a green light. Six days later, the new piano came — 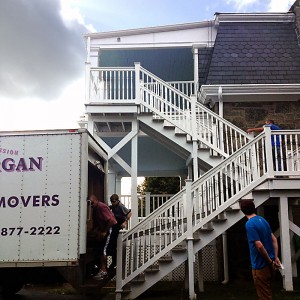 up the fire escape, 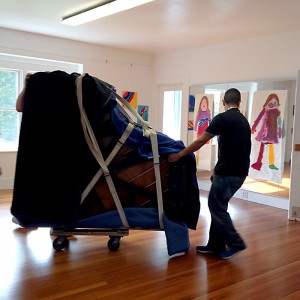 through the dance room, 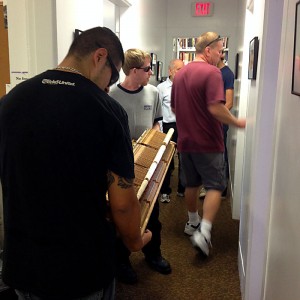 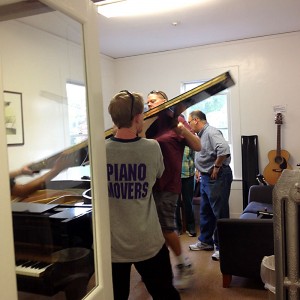 into its home base; in pieces, and carefully assembled. 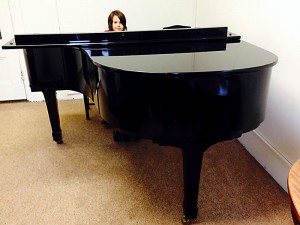 And there it settled down for what we expect to be a long and happy sojourn. 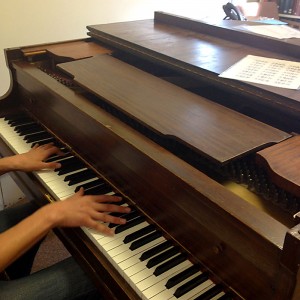 Welcomed by our growing crew of pianists, who had played the old piano — 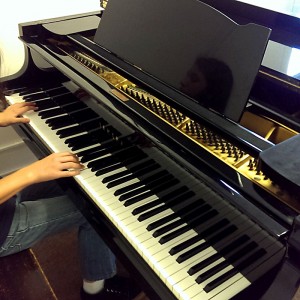 and who, along with the rest of us listeners, love the action and tone of the new one.

by Foss Tighe
While I was reading Daniel Greenberg's essay (“Are 1000 Pictures Worth One Word?”) on why it has been so difficult to convey the SVS experience in film and pictures, I found myself thinking about the evolution of my own understanding about what… Read more ›
Tuesday, September 27, 2016

by Hanna Greenberg
Musicals and plays happen at all schools. It is always a big deal to produce them, what with numerous rehearsals to arrange, costumes and props to procure, and finding the talent in the student body to perform all the roles, big and small. What was… Read more ›
Tuesday, January 19, 2016

by Mimsy Sadofsky
During the last Open House, in October of 2015, there was a remarkable interaction. It didn't surprise me, but it greatly pleased me. Unfortunately, I don't think the guests who were with me had enough context for what they saw to appreciate it.… Read more ›