The "do nothing" strategy

The "do nothing" strategy 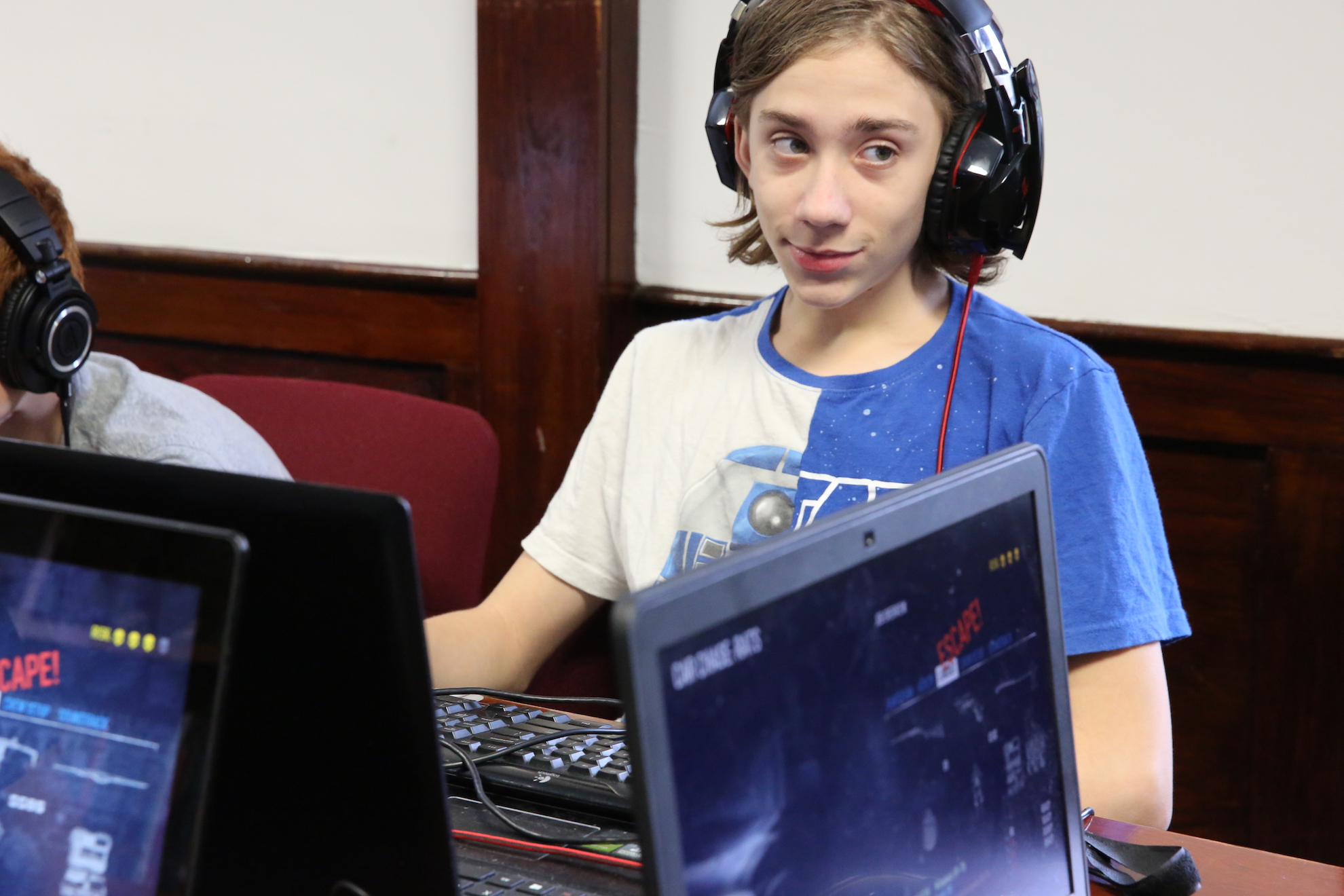 When my oldest daughter, Sarah, was three and a half, we had a 20-minute drive home from her nursery school, a special place where I believed Sarah had the freedom to grow and learn without imposed academic structure. On each drive home I would ask, "What did you do today?" Glancing in the rear view mirror, I could see her sitting quietly in her car seat, looking intently out the side window. She'd answer, "Oh, nothing really."

As a parent helper, I had observed the flutter of activity that filled her mornings at school. I knew that she had done far from nothing. Her thoughtful response of "nothing really" left me wondering, what does doing nothing really mean?

In my work as a midwife, I firmly subscribed to the belief that midwifery is the art of doing nothing well. So much of attending birth is watching and waiting as a very natural process unfolds. Doing nothing until you have to do something. I recall one of the first births I attended as a brand new midwife. The labor was long—nearly 72 hours. It was the woman's first baby, and she was tired and afraid. However, her body slowly moved the process along, and her strong, healthy baby continued to do well. We waited and watched, hour after hour. And every few hours, my nurse and physician colleagues wanted to know what "we" were going to do. Hospital culture has little understanding for the process of waiting and seemingly doing nothing.

"The labor is progressing, and the baby is doing well. We’ll continue to support the woman and we’ll wait,” was my best answer. Not having the clout of a more seasoned midwife, I knew my response was met with deep skepticism and concern. But, after what seemed like an eternity, the woman gave birth to a very healthy 11-pound baby.

In a medicalized world of birth, very few women are allowed to labor for 3 long days without some kind of intervention. And for several days, the hospital staff told stories about the birth of the "giant" baby.

To this day, I am impressed by the power of watching and waiting. It wasn’t easy. I wanted the birth to happen faster just as much as everybody else did. I felt exhausted, challenged by my limited clinical experience, and a little afraid. But, I drew on all the things I knew about birth and its progress. I made sure the woman and her baby were safe at all times, watching closely for any sign that either of them was in danger.

But more importantly, I protected the woman's space to “just be” and her right to give birth without unnecessary intervention. I respected the mystery of nature and its power to unfold. In watching and waiting, I honored the art of doing nothing well.

In doing nothing we become excellent at waiting. Waiting gives us a chance to see what may come. When I plant seeds in the early spring, I cover them with earth, sprinkle them with water and then wait. It often seems like nothing is happening, and every year I wonder if they’ll actually grow. And they do. Nothing becomes something in a matter of days.

When my middle child and second daughter, Jane, started at Sudbury Valley School, she'd never been to school before. She started within days of her fourth birthday. All that winter she stayed by her sister Sarah’s side. Now nearly 11, Sarah and her friends spent their days talking, hanging out, playing on laptops, iPads and phones, and exploring the outdoors. And Jane followed them around like a little duckling. She insisted that Sarah sign her in and out, take her to the bathroom and walk her to the refrigerator for her lunch box. To her credit, Sarah took care of Jane. This went on into the spring and early summer months.

"How was school today?" I would ask Jane on our short ride home. "It was sooooooooooo boring." "You didn't do anything?" "No, Mama, nothing."

But despite her proclamations of boredom, Jane never seemed unhappy or resistant to going to school. Most notably, she came home with an air of confidence and self-possession that made her seem somehow older. After a day of imposed closeness at school, I expected Jane and Sarah to readily escape from each other when they came home. But instead, they would often continue to play enthusiastically until bedtime. To make clear that we do not exist in a bizarre family utopia, Sarah did express frustration about Jane's neverending presence in her school life.

She'd ask,"When is Jane going to do something by herself?” And I'd answer,"One day she's going to start doing her own thing I promise." Or so I hoped.

Summer came, school ended, and we all wondered what Jane would do when she returned to SVS in the fall. September, October and part of November came and went, and Jane continued to follow Sarah around.

The question of intervention loomed like a dark cloud. Did we need to do something after doing nothing for so long? I was afraid, and my nagging shadow self wondered if I was a bad parent. Maybe waiting and doing nothing was the wrong choice. Should we withdraw Jane from school? What if she just wasn’t ready to be at SVS? What was this doing to Sarah?

But somewhere under all of those doubts and fears, a small voice said, “Have faith in Jane. She’s doing so much. I can’t see it, but just like a seed in the garden, she's growing, and the first bits of green will poke through the soil any time now.” And then one day in the darkest part of late November, a time when no seed grows here in New England, Jane left her sister's side and made a friend. And that was that. Independent Jane was born!

In doing nothing, we give our children space to be. Seekers sit in meditation for years to glimpse this kind of giving over to Nothingness. For it is in this space of Nothingness that growth occurs. As a parent, as a midwife, as a gardener, and as a human being, the challenge of deciding when to do something and when to do nothing requires a constant awareness of the most basic emotions.

Fear makes me want to muck about, to intervene, to try to correct something I think might be wrong. But Jane's experience, like a long birth or a seed in the spring garden, reminded me that the instinct to wait and see, the act of doing nothing, allows for something to be. 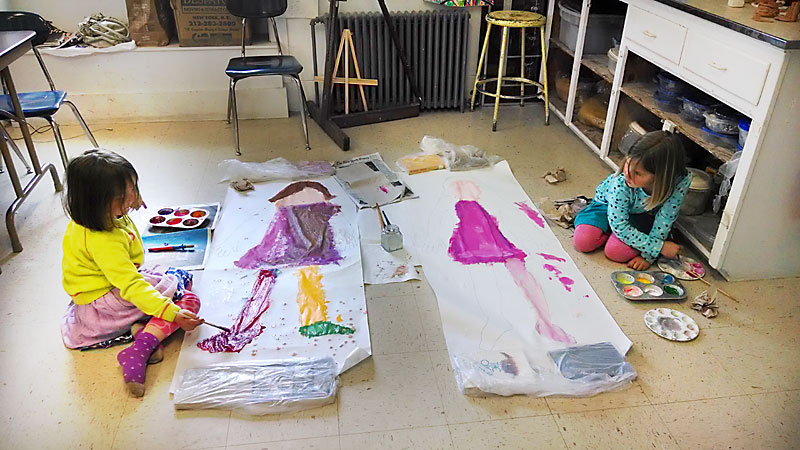 by Hanna Greenberg
It was warm outside. It was raining a lot and of course lots of kids were thrilled. Oh what fun it is to stand outside and let the pouring rain drench you! The mother in me wants to tell them to go inside and put on dry clothes, but the child in me… Read more ›
Monday, January 15, 2018

by Daniel Greenberg
Sudbury Valley has just begun the 2017-2018 school year – and an exciting one it is! This will be our 50th year of operation, the half century mark for what was once a “far-out” experiment. Born in the tumultuous 1960s, SVS was destined to outlive… Read more ›
Monday, February 12, 2018

by Jean Leaf
This was published in our Janury 1998 Journal; a note from Jean and Rick Leif about what their daughter is up to now has been added. Quite a lot has been written about what it is like to be a student at Sudbury Valley School, but I would like to… Read more ›